How are hand rankings like the one below determined? https://en.wikipedia.org/wiki/Texas_hold_%27em_starting_hands

I'm specifically looking for the math behind the ranking.

As a specific example, 22 has a slight edge over AK but much lower hand ranking. Why is that the case?

22 has an edge over AK because 22 has already made a pair and AK must improve to beat it. The probability of this happening is a bit less than %50, meaning 22 has a slight edge over AK if the two hands were to get it all in preflop.

22 is ranked much lower than AK because for 3 reasons that I can think of:

If you were to play 22 in a normal hand, if you don't hit a set you will lose the hand a large majority of the time. This makes it extremely hard to play the hand when facing aggression because you have no showdown equity vs any made hand including pairs.

On the other hand, AK is a hand with a lot more possibilities for made hands (flush if the cards are suited, straights, 2 pairs, top pair top kicker). There are a lot of boards that give AK a very strong hand or a very strong draw. Also, if you make a pair with AK on a dry board, you can almost always be sure that your hand is better than your opponent's.

If you are getting it all-in preflop, 22 is an ok hand to do so with in certain situations (short stacked in a tournament for example). If you choose to get it in with 22, it is important to be aware of the fact that you are flipping with all non-paired hands with no 2 and losing very significantly to all other pocket pairs. 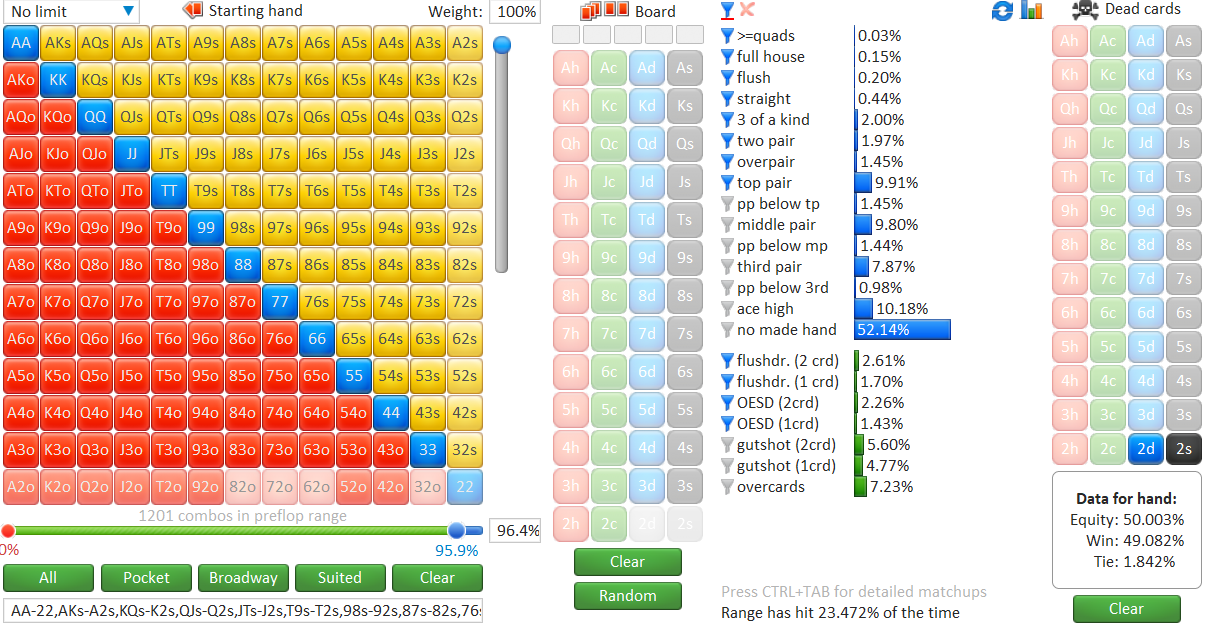 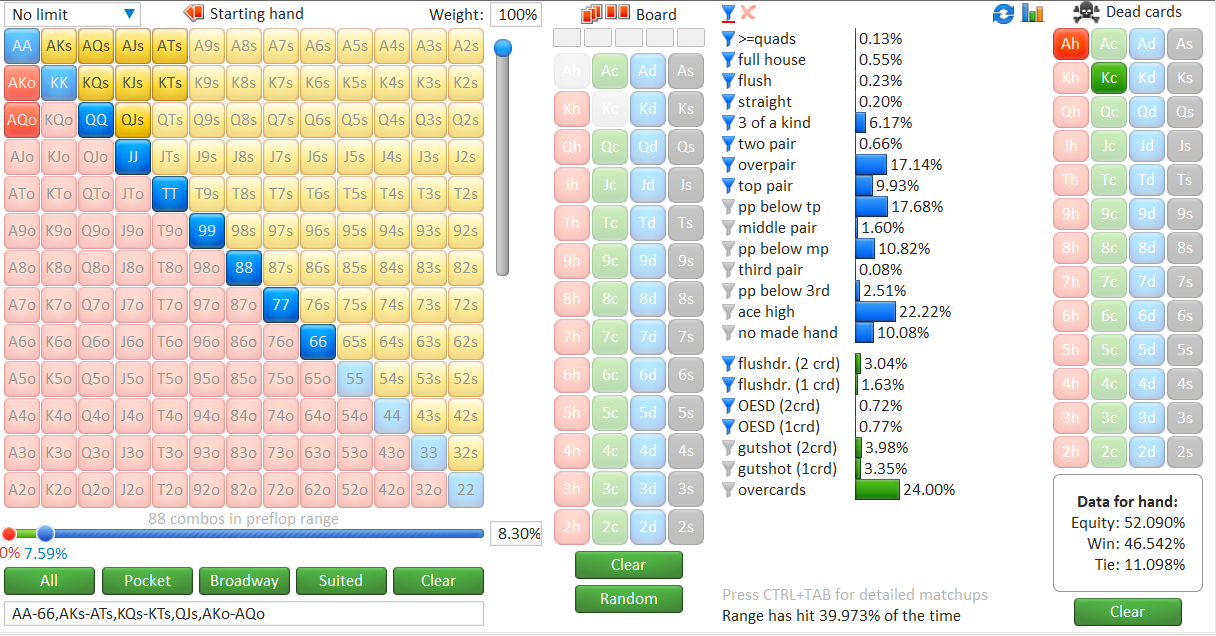 If you are able to play around with flopzilla, you can tighten up the range on the left for 22 and see that the equity in the bottom right drops off very quickly as hands 22 would flip with are removed. Conversely, if you widen the opponent's range with AK you will find that the equity increases fairly quickly, up to 65% against a random hand.

To sum up, it is worse because it has a very hard time improving to a better hand and it is dominated severely against other pocket pairs/made pairs.

Not the answer you're looking for? Browse other questions tagged probability strategy pre-flop or ask your own question.

7
Texas Hold'em: Heads up pre-flop probabilities
6
Research on the effect of a screen name or avatar in online poker
5
Can anyone suggest a limit holdem training app for Android?
0
Calculating probabilities for 3, 4, 5 card Straight/Flush/Straight Flush
2
strategy for “roulette poker”
1
Odds Of Someone Having A Flush
2
Why these differences in HJ 3-bettor and UTG 3-bet caller's range?
4
Playing middle pair out position after the flop
0
How to calculate pre-flop odds with hands revealed?