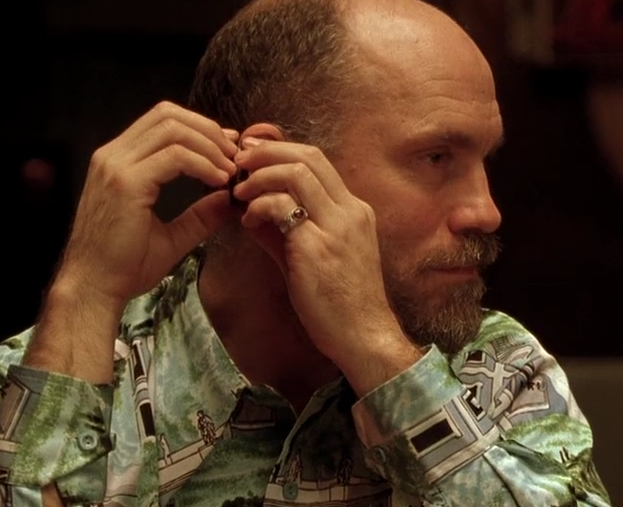 The reason KGB didn’t use the Oreos for rest of game was also because he used mechanics to make his straight and mike caught it. That’s why mike said “I’m not gonna bet against a MADE hand. KGB knew he got busted and that why he didn’t use the Oreos and said “ok mr son of a bitch…let’s play some fucking card” which meant he was going to play straight up with no more cheats or mechanics because that’s the only way he could win against mike who was a much better player than KGB

6
Play in position against BB preflop raiser
3
Giving off subtle, fake tells to sharks. Possible strategy?
2
Tallying monte carlo simulation and ties for Texas hold'em
4
Pot Odds Paradox in Short Stack
0
Pocket Aces, preflop call or re-raise. 4max
1
playing with wrong two cards
3
What ruling should be made when a verbal declaration is not heard by the dealer?
2
Why call with the top X% of your range when being laid X% pot odds (by an opponent playing GTO)?
2
behavior at the poker table after a big bet
0
How to avoid telegraphing the cards in your hand to your opponents?